African American curl patterns, commonly known as natural hair, are a spectacular part of a black person’s culture. Natural hair is a hair texture that has not been altered by chemicals, which includes relaxers and texturizers. The constant use of these chemical products may cause damage to an African American’s hair.

In black culture, making the big decision to “go natural” is referred to as the “big chop.” The “big chop” is when an African American cuts all of their chemically processed hair off to begin a journey of unaltered, healthy, natural hair.  After this “big chop,” they discover their curl pattern. To make their curl pattern more defined, they do “twist outs” in their hair, which can include two strand twist, Flexi rod curls, three strand twist, or direct braids.These curl patterns are labeled as 4A, 4B, and 4C. In the black community, knowing your curl pattern is essential to know how to take care of your natural hair, which is important when choosing the proper hair care products.

Certain hair products work with a 4A curl pattern in properly defining and moisturizing their hair, that would not work with someone with a 4B curl pattern. This is also why most hair products targeting the white community will not work for African Americans with natural hair.

Cantu, Shea Moisture, Olive Oil, and many other products have ingredients that cater to natural hair better than products like Equate, Suave, or other chemically processed products. The key to properly moisturizing and adding definition to natural hair curl patterns is to use products that use natural ingredients like olive oil, coconut oil, and other essential oils. Cantu, Shea Moisture, and Olive Oil utilize those ingredients. 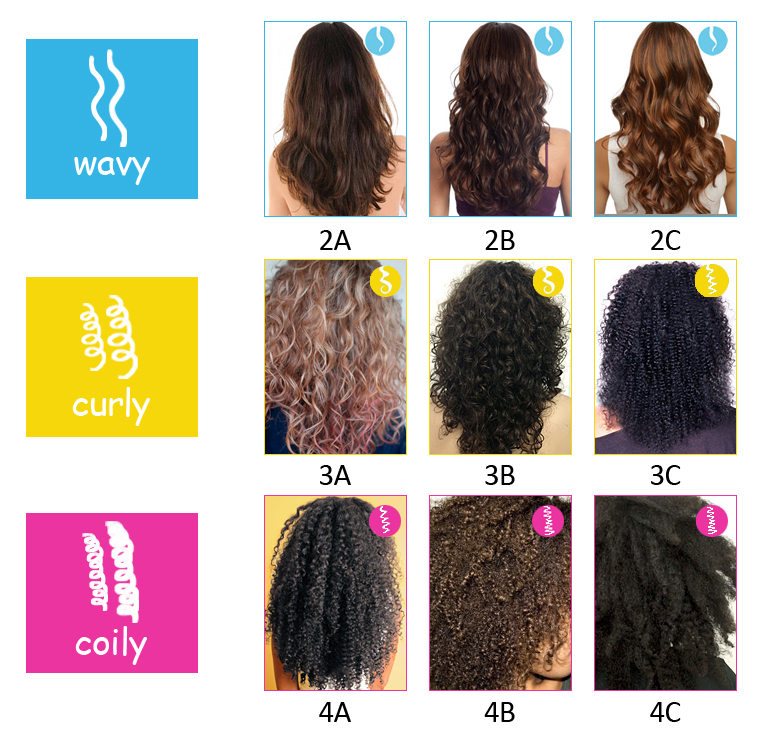 4A is the tightest curl of the three options. People with this curl pattern are often asked if they are mixed. This question stems from 4A’s closeness to 3C hair, which is a person of mixed culture’s hair. These curls are usually very tight and bouncy. Wash and go’s are generally a good option for people that have this hair type. Similarly to the white community, washing this hair type, moisturizing it, and being able to go out into the air is a common ability that is shared with 4A hair. It is easy to not have to do much to this hair because it does not have a lot of shrinkage after washing and does not need much attention beyond moisturizing to display and keep a visible curl pattern.

According to Lip Stick Villian, 4B is described as having a ‘Z’ pattern shape. 4B hair is an in between of 4A and 4C. It has a fluffy appearance, but the curls are much tighter than 4C hair. Although wash and go’s are a good option for this hair type, it will still need a bit more attention to maintain a visible curl pattern. Properly moisturizing and doing occasional protective styles, like braids, twist outs, and hair extensions, help keep a consistent, defined curl pattern. In addition, the photographs above show two lengths of 4B hair, which is important to note when becoming educated on the different curl patterns. African American celebrity, Solange (shown with the shorter length 4B hair), shows a much more fluffy appearance than the other young woman with 4B hair. This difference is due to the curl’s long length, which also helps show a more visible, defined curl pattern than when the hair length is shorter.

4C is the tightest coiled curl of the three options. What most people would refer to it as nappy hair is coiled tightly and kinky. Therefore, it does not show a definite curl pattern. As shown in the photograph, popular African American celebrity, Viola Davis (shown with the shorter 4C hair) , has this curl pattern. Although Lauryn Hill is not shown on the photograph, she is also someone with 4C hair. They both often wear “protective styles,” like braids or hair extensions in the media, but they can be seen wearing their natural hair during certain occasions. Viola Davis is especially seen with her natural hair on multiple scenes in How to Get Away With Murder. Most people with 4C hair, especially at a shorter length, have a packed appearance with their hair. In comparison to the 4B fluffy appearance, the 4C hair type looks packed together, which often makes this hair type most susceptible to dryness.

All of these hair types are different, but it is still extremely important to maintain a moisturized hair of head when taking care of them. Even though 4A hair retains moisture better than the other hair types, it is still susceptible to breakage and dryness. Having a dry scalp can cause large amounts of dandruff and an embarrassing amount of breakage. It is important to try multiple natural hair care products to see which one best suits the hair type. Cantu may work well for one 4B hair type, but Shea Moisture may work better for another 4B hair type. It is also important to note that applying heat to the hair, in the form of flat irons and blow dryers, can cause heat damage. These items can be used, but should be used sparingly to avoid breakage. No matter the cultural differences, moisturizer is the key ingredient to happy, healthy hair. Everyone’s lifestyles are different, therefore the care that they provide to themselves are different. These differences can also effect the healthiness of the hair, regardless of the type.